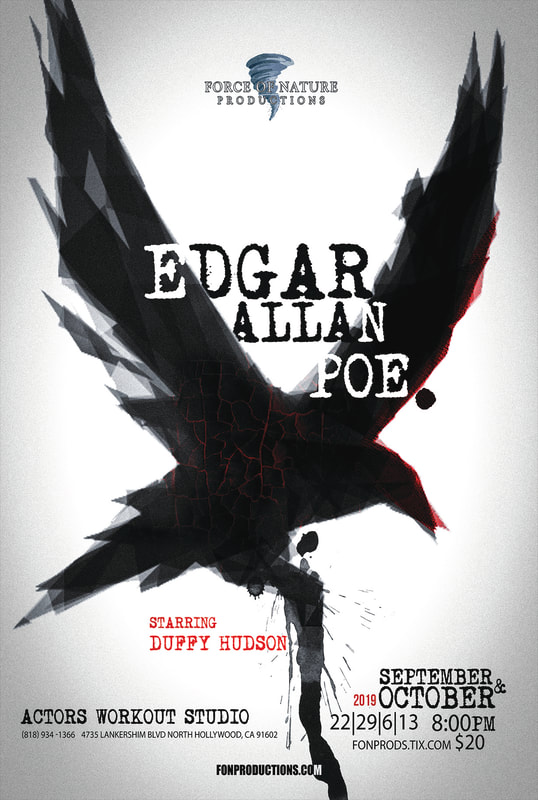 BUY TICKETS
Come celebrate All Hallows' Eve at Force of Nature Productions
with an evening of tales and mystery from
the Master of the Macabre himself, Edgar Allan Poe.

Poe returns to us from the beyond to recollect some of his chilling stories
and share some secrets behind the work he left behind
and has haunted us for over a century long after his tragic death.